After seven years of impasse, new report shows a way forward for Libya

After seven years of impasse, new report shows a way forward for Libya 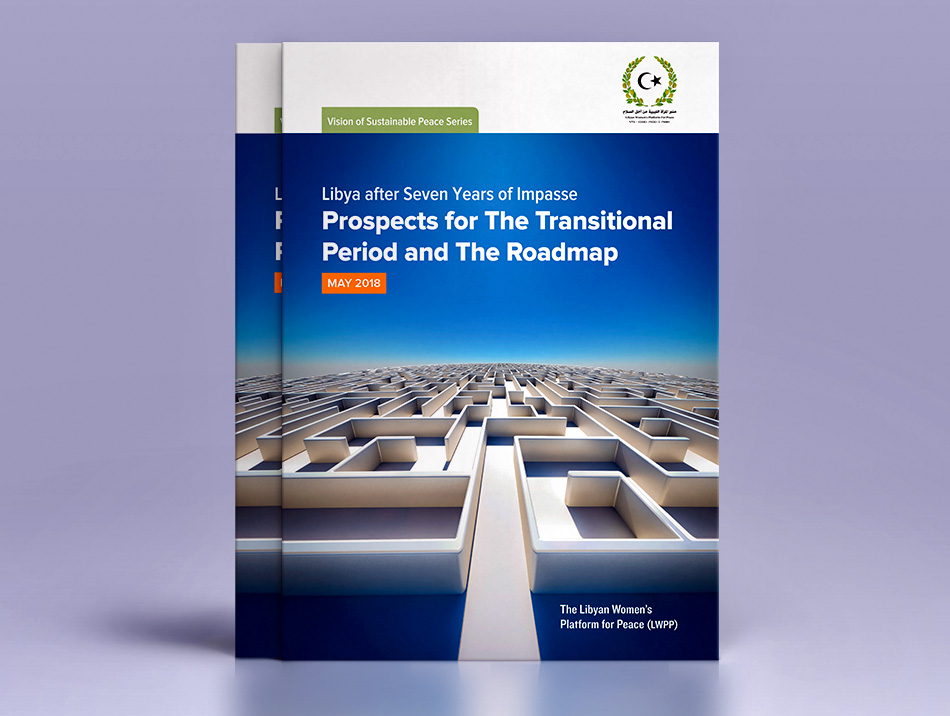 Fresh research provides new insight into the prospects of the international roadmap for Libya. The research took a representative sample of influencers across the East, West and South of the country. Researchers wanted to understand the problems that had prevented Libya from moving out of the so-called ‘transitional phase’. It was hoped this phase would lead the country out of civil war and into stability and democracy, instead it has dragged on for nearly seven years while the country has faced crisis upon crisis.

Click here to view LWPP survey report: Prospects for The Transitional Period and The Roadmap

The research was carried out by the Libyan Women’s Platform for peace (LWPP), talking to over 200 participants representing a carefully selected cross-section of Libyan society. Their report indicates that there is an urgent need to reassess the Libyan crisis and the proposed solution. It is not simply a political or a political-security crisis. It is important to recognize the multi-dimensionality of the crisis which therefore requires a multi-dimensional approach to finding a solution.

When discussing the proposed 2018 elections, key findings were:

●      Libyan influencers are not confident that future entitlements - such as  the elections - will push the country in the right direction. Seven out of ten participants in the research said they did not agree with holding further elections and continuing the transitional period.

●      However, despite their doubts over the elections, the respondents still overwhelming want to take part in the democratic process. Just under seven out of ten confirmed that they intend to participate in the upcoming elections.

●      Though they are unconvinced elections are the right step, six out of ten believe that the elections will not lead to further division, disintegration and fragmentation.

The survey found that respondents had serious doubts over the effectiveness over the UN mission in Libya (UNSMIL), but that they were more positive about its role under the current leadership. Results showed that 77٪ of respondents believed that the role of the United Nations Support Mission in Libya was either between weak and bad. However, 58٪ of respondents felt UNSMIL, under the current leadership of Ghassan Salama — the mission’s fifth leader in seven years, is presenting a fresh approach, not repeating solutions of the past. A slim majority of respondents however feel that UNSMIL still favours a ‘top down’ approach, rather than promoting a community-led ‘bottom up’ strategy.

The survey  also revealed that 68٪ of respondents believed that the Inclusive National Conference would be a one-time event while 32٪ expected that it would become a new political entity.

Recommendations
The report’s findings underline the need to ensure that future entitlements, including elections and referendums, do not exacerbate the division and violence, to maximize the added value they are intended to produce, as well as the need to unify state institutions before proceeding with such entitlements. The report suggests that UNSMIL has been hamstrung by its limited political mandate. The report states that the UN mission should reformulate its strategy, and the Security Council and the United Nations should adjust the Mission’s mandate and modify its structure.

Speaking at the launch of the report, Zahra’ Langhi, co-founder and CEO of the Libyan Women's Platform for Peace, said:

"The survey is meant to amplify the voices of the local community regarding their perception of the road map. The Libyan Women's Platform for Peace hopes that this report will contribute to enriching the ongoing discussion on how to move forward in Libya’s transition, which has entered its seventh year, towards consolidating stability and towards total restoration of constitutional life. We also hope that the report will contribute to the formulation of an integrated comprehensive vision of sustainable peace addressing the multi-dimensionality of the crisis in Libya.”

The Libyan Women's Platform for Peace, founded on 7th October 2011, is a movement of women and youth leaders aimed at freedom, equality, social justice, citizenship rights and building a sustainable peace.

Click here to view LWPP survey report: Prospects for The Transitional Period and The Roadmap