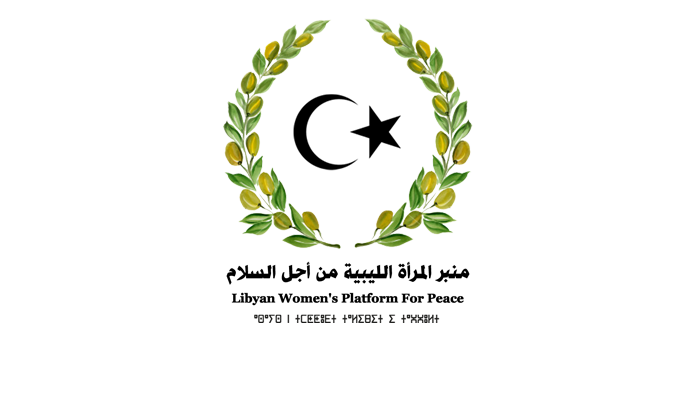 The Libyan Womenʼs Platform for Peace, a movement of Libyan leaders working with women and youth from around the country and diaspora, has released a draft electoral law (click here for Arabic version [1]) that seeks to address some of the limitations of the draft election law released in January by the National Transitional Council.
The draft law was drafted by a group of elite Libyan legal experts including Dr. Kuni Abouda, Salah El-Merghani, Hadi Buhamra, and Ali Dou.

“We call on all Libyans, men and women, young and old, to join protests on Sunday, 22 January In Tripoli and Benghazi to demand the NTC not adopt the restrictive electoral law at this time which is crucial to determining the fate of the new Libya” said Zahraʼ Langhi of the Libyan Womenʼs Platform for Peace. “

The electoral law is significant because it will govern the process for selection of members of the Public National Conference (PNC) in June 2012. The PNC, in turn, will be tasked with drawing up a new constitution within 60 days. This constitution will then be put to a national referendum and, if passed, parliamentary elections for a permanent government will take place six months afterwards.

The LWPPʼs analysis of the law concentrates on four main issues that could have a negative impact on the rights of women and youth in the country. This is because the proposed electoral law, as currently written, lacks adequate provisions for womenʼs political participation, unnecessarily excludes individuals from public life, risks incentivizing political party formation along tribal lines, and contains inadequate mechanisms to fight corruption in the electoral process.

Womenʼs Representation: The LWPPʼs draft law proposes a “zipper list system” whereby women and men alternate one-by-one on party lists to ensure that female candidates are not placed lower on lists, and thus shut out of power.
Tribal Affiliation: The LWPPʼs draft electoral law contains a provision indented to prevent the creation of political parties based on tribal lines by prohibiting party lists from containing relatives up to the degree of fourth cousin. This will ensure that political parties working on Libyaʼs new constitution evolve largely outside the influence of tribal politics and patriarchal structures.

Social Inclusion: The LWPP is also concerned by the prohibition on holders of dual nationality from serving in the PNC – a move which, ironically, would cast aside several currently serving NTC members and many who had a major role in the February 17 Revolution. The LWPPʼs draft law reverses this provision, and we are gratified by recent press reports indicating that dual nationality holders may now participate in electoral politics

Electoral Integrity: The LWPP draft electoral law prohibits campaigning in mosques, schools, universities, on the basis of tribal and religious affiliation, and also forbids weapons to be carried near polling locations. Further, it stipulates that voter fraud or tampering with the results of elections will render the elections null and void, triggering a redo of voting. Finally, unlike the current draft, the LWPP draft includes a strong role for Libyan civil society and International Organizations such as the UN to monitor and report on elections.

To reject the NTC-proposed electoral law, the LWPP and its partners are organizing a march the morning of Sunday January 22 in Tripoli and Benghazi.